You are here: Home / Happiness / Science-Backed Benefits of Forgiveness You Need to Know

The benefits of forgiveness, for both the mind and body, are more complex and tangible than you might think. Since Dr. Robert Enright invented the forgiveness research field about 30 years ago, we’ve learned a lot about what forgiveness can do for us. The field is evolving all the time, so there are likely many physical and mental health benefits of forgiveness that we don’t even know about yet. (Check back in 30 years for an updated post.)

In the meantime, let’s take a look at what we know so far about the benefits of forgiveness. You’ll be mending old wounds before you know it.

8 Benefits of Forgiveness, Backed by Science Here’s a list of the most interesting science-backed reasons forgiveness is important. What ones surprise you?

1. Holding a grudge stresses out your entire body What’s the opposite of forgiving? Holding grudges. And it’s not just a problem for the people you can’t forgive. It’s also a problem for you—and your body.

Researchers asked one group of participants in a recent study to focus on a hurtful memory and hold onto that grudge. The other group focused on empathy and were even asked to visualize themselves forgiving a person who did them wrong.

The results? The grudge-holders were way worse off. They experienced more negative emotions, racing heartbeats, and higher blood pressure than the forgivers. It’s a full-on physiological stress response, according to the researchers.

2. Forgiving is good for your heart 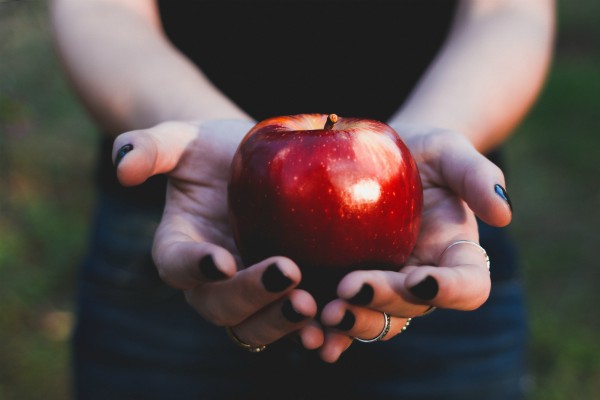 One of the most powerful benefits of forgiveness—its link to heart health.

Several studies link forgiveness with cardiovascular health. This healthy heart benefit holds true for both a temporary mood of forgiveness and forgiveness as a lasting character trait. A forgiving personality is associated with healthy blood pressure, while a forgiving mood helps keep your heart rate healthy, too. It turns out that we learn to expect apologies before we can forgive. And that learning doesn’t happen until we’re older.

In an experiment, fifth graders’ likelihood of forgiving a classmate depended on whether or not that child apologized and later showed remorse. Second graders, though, didn’t need an apology to forgive. (Is your heart melting yet? Same.)

Researchers suggest that expecting an apology becomes ingrained in us. So over time, we’re not ready to forgive unless we receive the apology.

4. Use the human parts of your brain—not the lizard ones Yup, we have lizard parts of our brains. And forgiveness doesn’t use those parts.

While researching for her book Triumph of the Heart, Megan Feldman Bettencourt compared the results of brain scan studies that measured people in forgiving and angry emotional states. She noticed that the forgiveness process activates the brain’s frontal lobe. This region is most developed in humans and is used for problem-solving and critical thinking. These are the more human parts of your brain.

In contrast, anger and vengeance light up the amygdala region of the brain that’s associated with the “fight-or-flight” response. The amygdala is part of the limbic system, which some people refer to as the lizard brain. Why? Because that’s about all the function a lizard’s brain has.

This could mean that forgiveness came about late in evolution as a new and more peaceful option for overcoming stress compared to what earlier animals had available.

5. Forgiveness zaps stress before it gets more serious A forgiving attitude can have big effects on mental health over time, according to a long-term study published in 2014.

Specifically, forgiveness serves as a pressure release valve for stress that could otherwise lead to long-term mental health problems. This suggests that forgiveness is a powerful mechanism for letting go of stress in a healthy way.

6. Extroverts are probably better at forgiveness A forgiving attitude is highly correlated with extroversion, suggests a study from 2016. And maybe that makes sense. Forgiveness is a social process, which can make the introverted among us a little uncomfortable.

Of course, that doesn’t mean that all introverts suck at forgiveness. It’s just something to consider as you figure out how to make letting go work for you—and the people around you. It turns out that forgiveness affects more than just our stress responses.

Researchers asked participants to think about a time when they either gave forgiveness or withheld it. Then they were instructed to climb a hill and jump as high as they could.

The forgiving group judged the hill to be less steep and jumped an average of eight centimeters higher than their less forgiving peers. If you have any athletic events coming up, you might want to let go of some grudges.

8. Forgiving people tend to be problem-solvers A 2008 study compared the thought processes of forgiving people and people who tend to hold grudges.

Forgiving people are more likely to use problem-solving and other productive coping skills to move forward after being wronged. People who are better at forgiveness are also less likely to dwell on negative thoughts and wishful thinking.

Bonus: How to forgive in four steps

Now that you know why forgiveness is so important, you might be wondering how you can do it. Luckily, Dr. Enright, (remember him?) created a four-step process for letting go.

Here’s what that process entails:

And remember—forgiveness is always an option Look, ultimately it’s up to you to decide what to forgive and under what circumstances. And while there are many mental and physical health benefits of forgiveness, there might be things you decide not to let go.

The experts stop short of saying forgiveness is required for every situation, but they emphasize that it is always a possibility. Listen to Sammy Rangel’s story to be inspired by what is possible when you make the choice to forgive.

(Warning: The video contains explicit descriptions of abuse and violence. It might not be suitable for all viewers.)

Keep in mind that forgiveness doesn’t mean excusing behavior or ignoring the pain and problems it caused. It’s about accepting the situation and consequences for what they are, letting go of the anger around it, and giving it less power to negatively affect you. Feeling forgiving yet? We know we are.

Your turn: What health benefits of forgiveness have you experienced? Tell us in the comments.

If you like this article you’ll also like The Science of Happiness: How to Focus on Friendship