You are here: Home / Productivity / Goals / The Curious Case of Success and Luck

St. Patrick’s Day has us thinking about luck (and whether wearing our green tees this March 17 will bring us some). Above all, we’d like to know, what is the relationship between success and luck? In other words: Do you really need talent to rise to the top? Or is it a question of pure good fortune?

Turns out this question is more scientific than you might think. Let’s take a look at what the research says about success and luck — and what you can do to increase your chances of hitting those goals.

How Much Does Luck Play Into Success? Two physicists and an economist walked into a bar… Okay, they didn’t walk into a bar, they got together and produced an interesting luck study called “Talent vs Luck: The role of randomness in success and failure“.

Here’s how it worked:

The Italian researchers created a simulated world based on a mathematical model. In it, people were randomly assigned a degree of talent. Think of this as the skills, intelligence, motivation and so on that we all possess in varying amounts. Next, they exposed these hypothetical individuals to a number of lucky or unlucky events, randomly, across their lifetimes.

With every lucky event, a person’s wealth would increase. With every unlucky event, it would decrease. Adjustments were made proportionally to their level of talent (based on the idea that talent allows us to get more out of a given opportunity).

Here’s what happened:
The final distribution of wealth reflected what we’d expect to see in the real world. AKA, a small group of people ended up with the majority of the wealth. As for who was wealthiest, here’s the surprise: It wasn’t the most talented ones. While talent made people more likely to succeed to some degree, the most successful were simply those who had the most luck.

To put it bluntly, success and luck are more related than you think. Sometimes, success just comes down to dumb luck.

But if succeeding in life is a lot like rolling dice and hoping for the best, does that mean we should all stop trying? We say no. Here’s why.

How Do You Define success? The first thing we’d like to point out is that the Catania University study unequivocally equated success to wealth. By that measure, it’s only fair to point out that some of us get a head start. A new study from the Centre for Economic Policy Research found that children from wealthier families are more likely to be wealthy themselves — a finding they put down to environment, not inherited talent. (They studied adopted children to rule out genetics). So on that front, some of us are simply born luckier.

But isn’t there more to success than that?

What if success for you is overcoming a fear of public speaking, becoming healthier, or being a better parent? Success is deeply personal, and if we choose to look at it as something other than becoming the next Bill Gates, the mathematical model doesn’t necessarily hold up.

When we measure against ourselves instead of against the rest of the population, our success is likely to take perseverance and motivation, not just luck.

How Do You Define Luck? 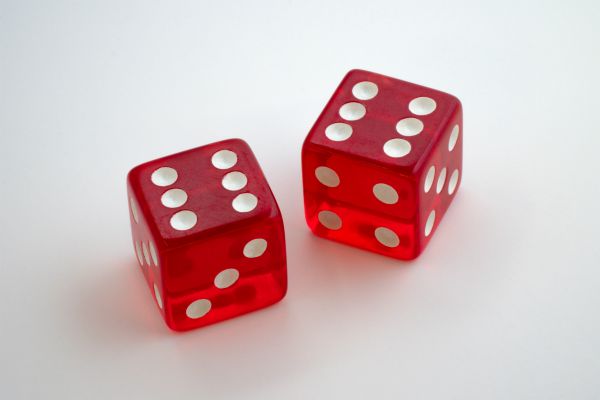 Luck is also a matter of perspective. For example, are you lucky if you survive a horrific event?

Researchers in a 2018 study asked people to rate real-world events as either lucky or unlucky. They chose ambiguous events — like a grenade getting lodged in an American soldier’s stomach, but not actually exploding. What they found was that optimistic people were more likely to rate the events as lucky, while pessimists rated them as unlucky.

As well as perceiving good luck, optimistic people might be better at creating it. Experiments by psychologist Dr. Richard Wiseman, author of The Luck Factor, found that people who think of themselves as fortunate are more fortunate. As he puts it:

Lucky people generate their own good fortune via four basic principles. They are skilled at creating and noticing chance opportunities, make lucky decisions by listening to their intuition, create self-fulfilling prophesies via positive expectations, and adopt a resilient attitude that transforms bad luck into good.”

So maybe “luck” isn’t purely random after all.

Success and Luck: How to Take Them Into Your Own Hands

Maybe you weren’t born into a billionaire business empire, and that lucky lotto ticket eludes you. But that doesn’t mean you can’t take measures to generate your own success and luck. Here’s how. Believing you’re a magnet for good luck might not magically make you rich, but it will, according to the research outlined above, make you more likely to spot opportunities as they arise. One good way to keep track of both your success and luck? Write it down. Dr. Wiseman advocates keeping a “luck diary” each day where you “spend a couple of moments writing down the positive and lucky things that happened.”

This fosters gratitude and rewires our brains to focus on the opportunities in front of us.

A great tool to use? Try Panda Planner, which has dedicated space for daily reflection on life’s positives. The benefit of this is that your “luck diary” (or gratitude journal, or whatever you choose to call it) is in the same physical space as your schedule, projects, goals, and other methods of organization.

This week, Panda Planner is celebrating St. Patrick’s Day, so you don’t have to leave your success to luck.

Which brings us to… Roman philosopher Seneca famously said that luck is what happens when preparation meets opportunity. In other words, be prepared. Be organized.

After all, the best way to foster success and luck is to be ready for it. When possibilities present themselves, be ready to jump in and take advantage of them. Success may not be guaranteed — but it’ll be much closer to your grasp.

Your turn: How have success and luck played out in your life? Do you believe you can make your own luck? Leave us a comment and let us know.

For more ways to hit your goals, check out the SMART system. Tania Braukamper is an Australian-born writer and photographer. She believes in curiosity, kindness, and adventure as a state of mind.
The Curious Case of Success and Luck
4.3 (85%) 4 vote[s]